You are here: Home › News › Soil Day – Soil consumption in Italy and Europe

The CRCS 2017 report: the contribution of SOS4Life 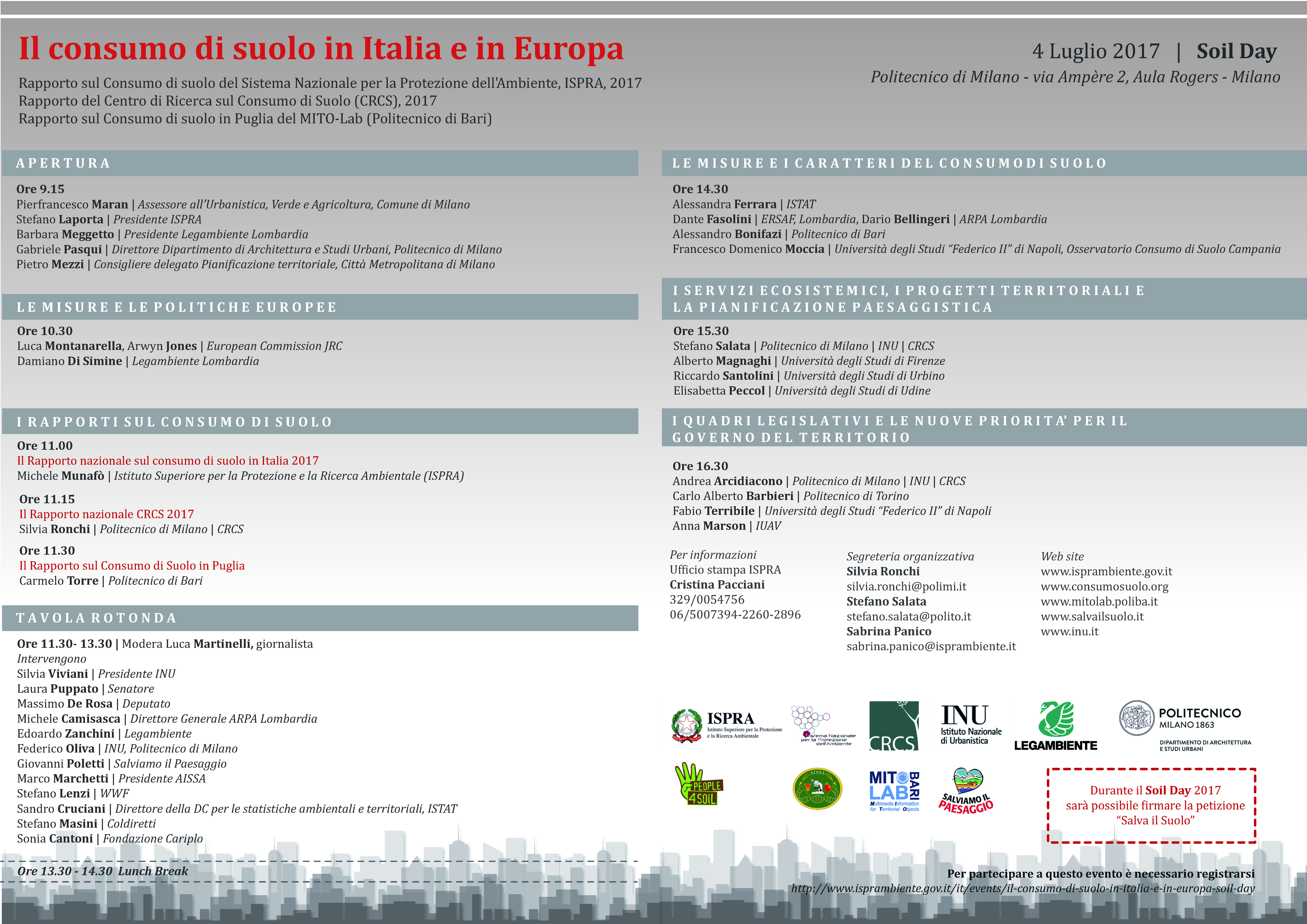 On 4 July, the Polytechnic University of Milan played host to Soil Day, an event entirely dedicated to presenting the latest reports on land take and tackling the methods of measuring the phenomenon, the importance of the ecosystem services provided by soil and the evolution of national and regional laws on soil sealing and limiting soil consumption.

The SOS4LIFE project contributed to the CRCS 2017 report with an article titled Operational tools for no net land take at municipal level written by Costanza Calzolari and Fabrizio Ungaro of CNR-Ibimet and Stefano Bazzocchi of the Municipality of Forlì (CRCS 2017_Contributo_SOS4LIFE*).

The Soil Day initiative was also an opportunity to continue to collect signatures in favour of the Save the Soil European petition promoted by People4soil and supported by over 500 associations.

*Note: Extract from the “2017 Soil Consumption Report – The European dimension of soil consumption and national policies”, by CRCS-Centre for Research on Soil Consumption, published by INU Edizioni. All rights reserved.